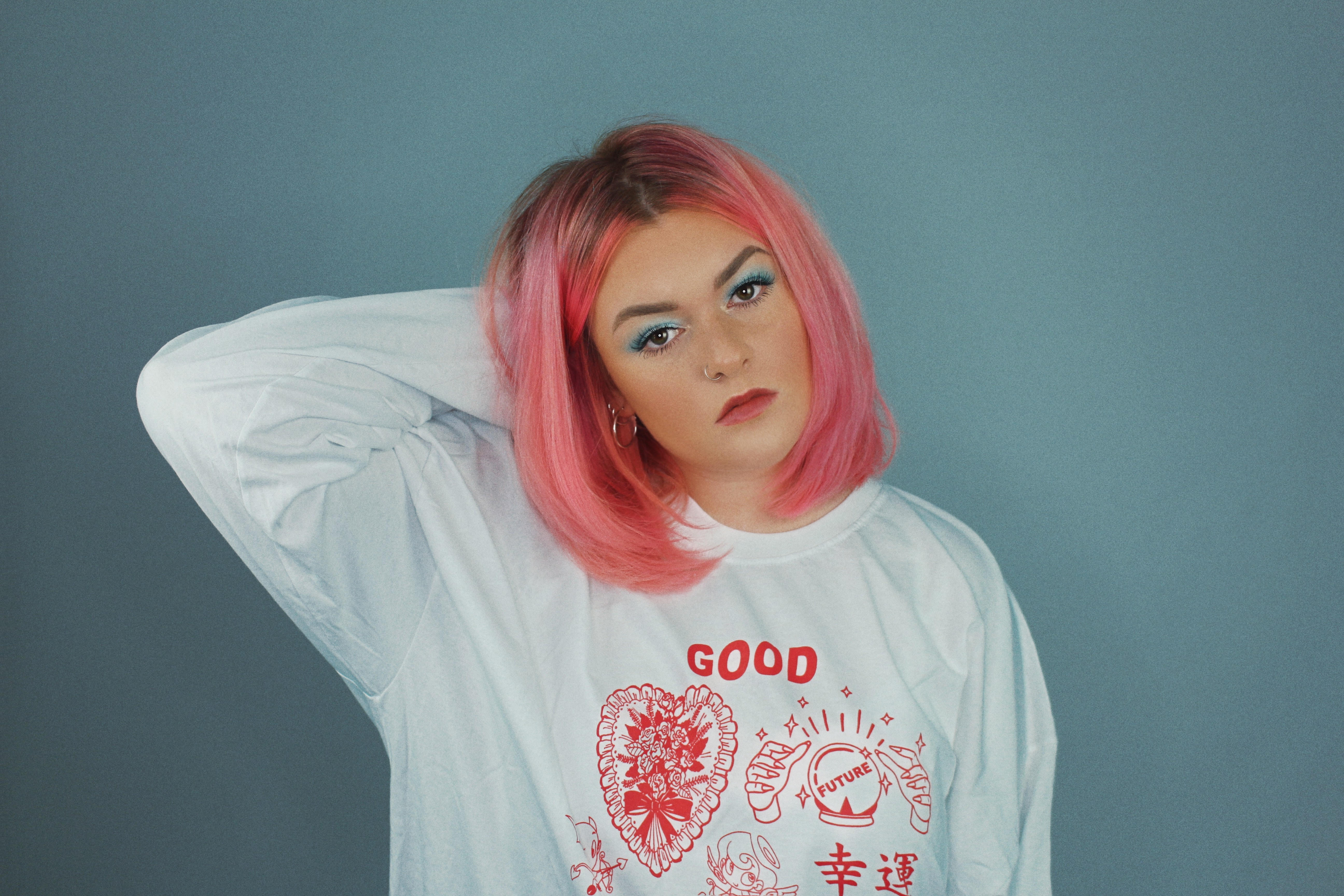 Grace Davies is a 22-year-old singer, songwriter and pianist, known for singing her original songs during The X Factor UK in 2017. The video of her audition track ‘Roots’ went viral and has been viewed over 20M times, and her Soundcloud rendition of Adele’s ‘Hello’ has racked up almost 60M plays.

Grace Davies was born in February 1997 in Langho, rural Lancashire. Her talent became apparent when she was just three years old; she showed early promise by dancing and acting her way through primary school - she auditioned for the school’s musical ‘Oliver!’ and was immediately cast as Nancy. Musical theatre then began playing a big part in her life; from age 11 she performed in ‘Joseph and the Amazing Technicolor™ Dreamcoat’, was Glinda in ‘The Wizard Of Oz’ and Lily in ‘Annie’. While studying BTEC Music Performance, Performing Arts and A-Level Drama, the college announced details of that year’s musical - Kander & Ebb’s ‘Chicago’; Grace’s all-time favourite. She underwent a successful audition and followed in the footsteps of Ruthie Henshall and Bebe Neuwirth by bringing to life the coveted role of Roxie Hart. For more than a decade she had continued to cultivate a passion for West End musicals, however it was when she began listening to jazz and soul records that she realised her voice had a unique sound which deserved to be nurtured.

Growing up, the Davies household was filled with music as Grace sang along to the family favourites of Earth, Wind and Fire, ELO, Roxy Music and Simply Red. By 16 she had begun writing her own songs, and dedicated her time to teaching herself the piano in order to put music to her lyrics, and relished the opportunity to bring her original tracks to new audiences. Following that, Grace was constantly overwhelmed by requests for original material, so in 2015 while studying for her A-levels, she took to the studio to write, record and independently release her debut EP ‘My Kingdom’. All elements of the EP were created by Grace; artwork, musical arrangements, recording schedule - with the final master being completed at the prestigious Abbey Road Studios.

Grace regularly appeared in the national press; she became a staple fixture on BBC Radio Lancashire as well as becoming a ‘BBC Introducing’ artist which lead to features on well known radio shows including BBC 6 Music.

Grace has already worked on numerous collaborations, notably with House DJ-producer LiTek. They co-wrote a Future House track ‘Drop That’, on which Grace features, released on Get Twisted Records/Sony Columbia. The track was well received at BBC Radio 1 obtaining repeated plays by ‘Dance Anthems’ guru Danny Howard, who went on to remix the track. Grace is also the featured artist on Retter LeBlanc’s hit ‘Things We Lost In The Fire’, released by new European start-up label Scoop Recordings.

It was in 2017 when Grace took the next leap in her career. Determined to expand the reach of her own material, she decided to audition for series fourteen of The X Factor UK, where she performed her original song ‘Roots’. Her heartfelt rendition received four resounding yes votes from the judges, left Nicole in tears and the nation in awe.

The success of her first audition paved the way for Grace to confidently showcase her own songs throughout the competition – a real first for the programme. Her determination and persistence to sing 100% originals paid off. Her self-penned records peaked at No.2 on the iTunes charts and in turn changed the perspective of the show for songwriters. The public embraced Grace’s originality, awarding her the highest vote in week one and continually supported her throughout the show, putting her into the grand final where she placed as runner-up to boy-band Rak-Su. Grace bookended her X Factor journey by performing a stunning duet of ‘Roots’ with British pop star Paloma Faith.

Grace’s success on the show was unquestionable and hugely increased her influence and fanbase. In December 2017 she officially signed to SYCO Music where she is continuing to write and develop her music. She has been living in London since early 2018 and regularly connects with her fans via live streams and online StageIt concerts. She has joined forces with established songwriters including Frances, David Sneddon and Lauren Aquilina. Her co-writing sessions have taken her across Europe, where she has also performed at private functions for the likes of Dior.

Grace’s vocal influences stem from her love of old jazz music, particularly iconic singers such as Carmen McRae, Etta James, Billie Holiday and Ella Fitzgerald. Her voice has a rich, smoky sound with a remarkably wide range and its sophisticated, soulful tone perfectly complements her emotional songs. Her tracks are written about personal experiences, spanning from high school crushes at 14, to periods of growth and adjustment, relationships, love, loss and insecurities. Grace’s songs are instantly relatable and familiar, so easily connect with the listener who can apply the same or similar life experiences and emotions. Her songwriting style has a quirky individuality with clever lyrics, which totally reflects her down-to-earth personality and edgy 'tell it like it is' sense of humour.

By signing up you agree to receive news and offers from Grace Davies. You can unsubscribe at any time. For more details see the privacy policy.